Civil Politics and The Art and Science of the Village Square

Almost a decade into our work at the Village Square, we’ve made a decision to become more intentional about sharing the theoretical and academic foundations behind our work product. We’re doing that because we think that our strategy isn’t always the most natural direction for those pursuing a more civil political environment, but we’re confident it’s the right one. It’s almost reflex to think that if only people had better information we’d be able to rationally navigate our way to resolving disagreement through statesmanship. That assumption then leads to the presumption that more facts, more analysis, and more technocratic wonky process needs to be applied to politics ASAP (a plodding policy-filled evening that draws an audience of about five, in our experience). Instead, we see the problem as fundamentally a relationship problem – we no longer have vital relationships with enough people who see the world differently than we do. Research supports the notion that people make decisions intuitively rather than rationally – people who share some bond are more likely to be able to find political common ground because they’ll intuitively “lean” toward each other. These (sometimes uneasy) relationships between people who disagree are foundational to functioning democracy. Bonus: it’s more fun to build relationships than write white papers (so we draw packed houses AND we enjoy our work).

Our model has been centrally influenced by the groundbreaking work of NYU’s Dr. Jonathan Haidt, author of The Righteous Mind: Why Good People are Divided by Politics and Religion. Here’s Jon on what we’re describing: “If you bring people together who disagree, and they have a sense of friendship, family, having something in common, having an institution to preserve, they can challenge each other’s reason… wisdom comes out of a group of people well-constituted who have some faith or trust in each other.”

The Program: Free Speech in the Age of Political Correctness and Bad Manners

Our most recent dinner program is an example of this thinking played out programmatically.

Anticipating an audience that leans left (all of our Tallahassee audiences do because of local demographics), we thought it particularly important to focus on moving their attitude. We assumed that, predominantly, they would have more empathy with the value of protecting minorities than protecting free speech- although it should be noted that opinion on this topic doesn’t run as solidly left and right as with other topics we choose, since many older liberals – perhaps with a sense of the liberal roots of the free speech movement in the 1960’s – seem to place a high value on free speech. Also note that this age group is overly represented in our audience.

We very intentionally work to create crosscutting relationships on our panel, which helps ensure our success in creating more empathy, first on the panel and then in the audience. So we want our panelists to have some point of mutual interest or understanding, even as they often disagree fundamentally on our central topic. Crosscutting relationships can be a powerful tool – they were heavily leveraged by European monarchs marrying their children off to their country’s enemy to make war less likely. Even as Americans have increasingly divided ourselves into likeminded groups in almost all areas of our lives (where we live, attend church, which groups we join, what we watch on television), inside a hometown there are far more opportunities for crosscutting collisions. And there is empirical data that those collisions make shifts in attitudes even when they are extremely superficial in their nature – say your kids play on the same softball team. That we can see the “them” as more than our foe in politics – they’re in fact one of “us” in some areas of life – forms a bond of common humanity. We once used the power of crosscutting relationships between GOP Senator Marco Rubio’s Chief of Staff and a liberal immigration advocate who were in a Fantasy Baseball League together to have a deeply honest conversation on immigration (many spouses will note the strength of sporting bonds).

For our Free Speech program we started with a liberal local Rabbi as facilitator who had a very positive relationship with an African American community leader who is beloved locally – and who until recently was a Republican. We knew that Mr. Hobbs had some empathy for both the need to protect minorities and the value of free speech. To complete the panel, we invited Jonathan Rauch of Brookings Institute, who saw the danger of the anti-free speech trends on campus earlier than anyone, originally publishing “Kindly Inquisitors: The New Attacks on Free Thought” in 1993. Rauch argues that the protection of free speech actually protects and advances the cause of minority students – so he makes a liberal argument for a more classically conservative value. Another quality we liked for our panel is that he’s Jewish, so it gave him something deeply in common with our facilitator (to balance the existing positive relationship between the facilitator and Mr. Hobbs). This very high level of pre-existing empathy and cross-cutting relationships made this program quite easy compared to our usual programs, as well as especially enjoyable – though lacked as much tension as some programs do.

We always arrange a meeting between panelists ahead of the program. This gives them the opportunity to break bread together and bond as human beings, by the time they’re on stage they feel to all like friends. As we met for breakfast the morning of the program, when one panelist shushed me up because he wanted to hear more details from the other panelists about something, I sat back and said to our facilitator “my work here is done.” We call this whole process leading up to whoever is on our stage as choreography. We think it is central in delivering results. By the time the program begins, much of the fate of the program is “baked in.” In fact, one could reverse these principles to engineer a disaster, or pay no attention to them and throw the results out to luck.

Note that the audience size was approximately 165 people, we were only able to get matching pre and post surveys from 50 of them. We’ll need to keep working on new ways to increase our sample size in order to have the ability to measure shift in our relatively lower number of conservatives in attendance. In these results there just weren’t enough of them to show up.

There was a measurable a attitude shift pre and post event: our audience started off believing that people who want to limit speech to protect minorities were likely to be better people than those who wanted to champion free speech. And after the event, the ratings for people did not want to limit speech went up to match those of people who wanted to protect minorities. So our more heavily liberal audience left with more empathy toward a conservative argument on a very divisive and angry national debate.

A final observation is that anytime you are looking to complex human beings to achieve a sociological result in the course of 90 minutes, it’s more an art than a science. Sometimes our hopes for a panel are fulfilled and other times it doesn’t quite gel as we’d like it to. We can absolutely foresee the possibility that despite our best efforts a given program could negatively impact the view of the “other.” People (panelists, moderator, audience, executive director) can be unpredictable and we’ve been surprised a time or two. But in this case all humans delivered and we hoped for a measurable increase in empathy. We expected our more heavily liberal audience to come to the event with a high level of empathy toward the idea of limiting free speech to protect minorities, so the central effect we hoped to have would be to make our more liberal audience more empathic to those concerned with protecting free speech.

While certainly we believe we’ve still got lots to learn about how to apply the academic theory and empirical data about changing attitudes, we believe any failure to deliver results from a given program would be more likely due to the imperfect human-delivery-system we must employ, not a weakness in the moral foundations theory we follow. We have a lot of confidence we’re heading the right direction on the “compass”, but admit we’re probably still in kindergarten on the learning curve in how to apply it.

Beyond chalking instances where we fail to achieve attitude shift to “you win some, you lose some,” we believe there is a real shift that occurs through our ongoing efforts to create relationship – there’s even academic work that supports our thinking in the contact hypothesis and the extended contact effect. We host about 20 events a year that are quite broad in their focus in order to build a strong ecosystem of relationships inside our community, the web of connectedness between our events and between people in our community where our impact has the potential to grow exponentially. Many programs are intentionally focused on community issues that have nothing to do with political partisanship in order to grow “bonding social capital.” This focus leverages the relationships that form when people are on the same “team” at least some of the time, which creates a common bond that allows them to be on a different team when the circumstance shifts. (cross-cutting relationships again).

Other strategies used in this program. 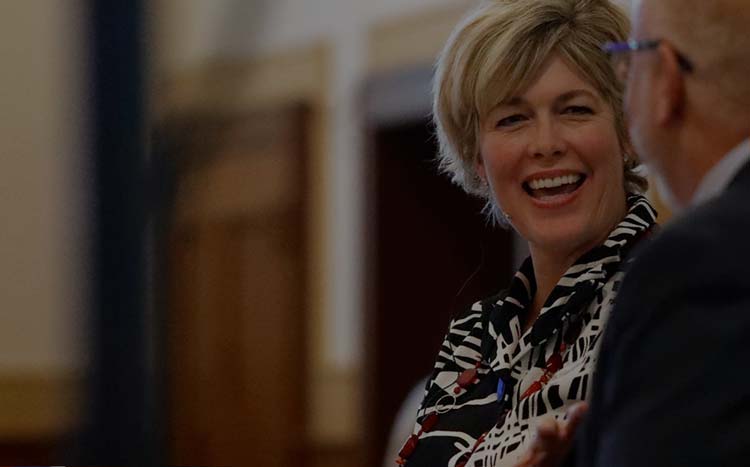 The Art + Science of
The Village Square:
Tumbling Down the Rabbit Hole:
A Citizen's Election Season Survival Guide 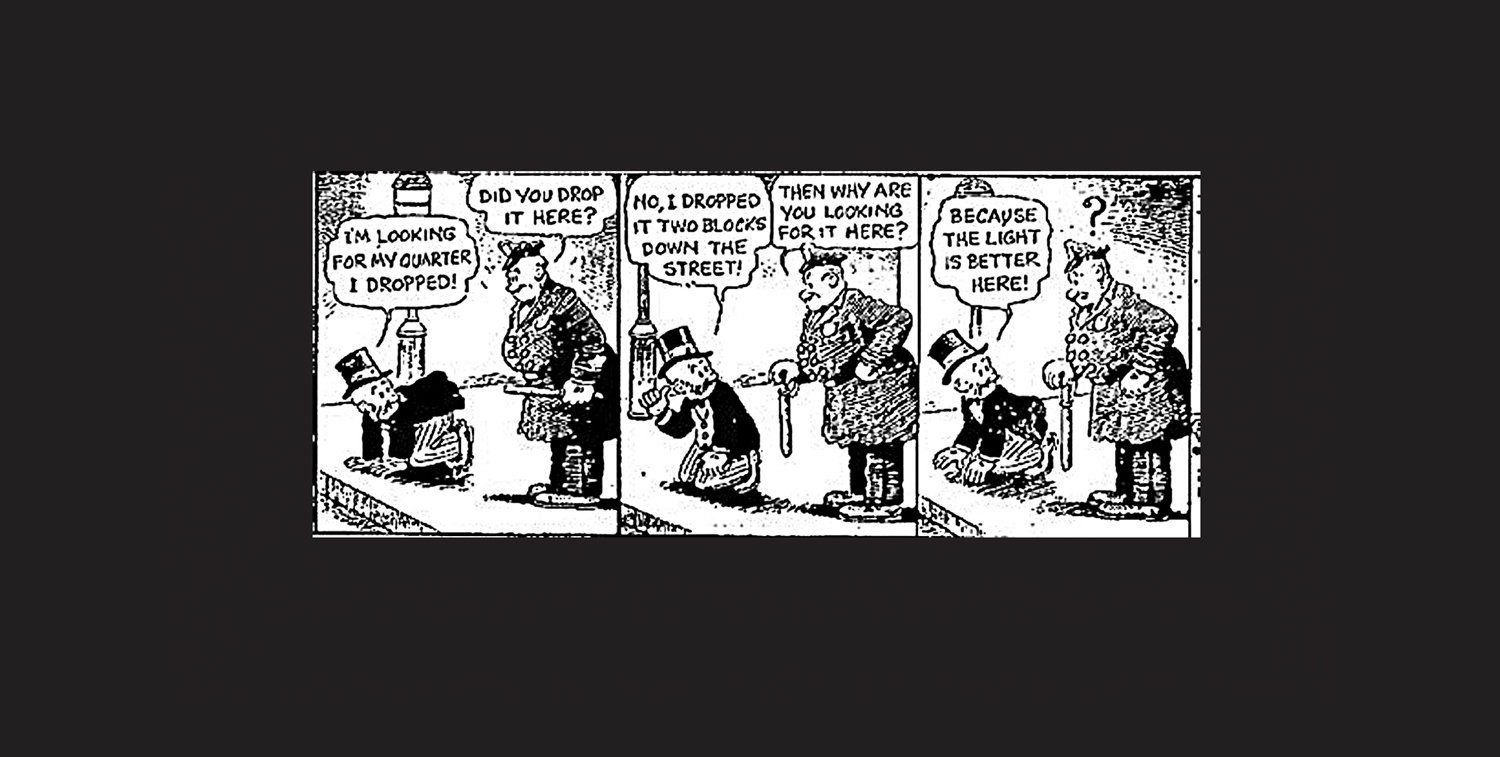