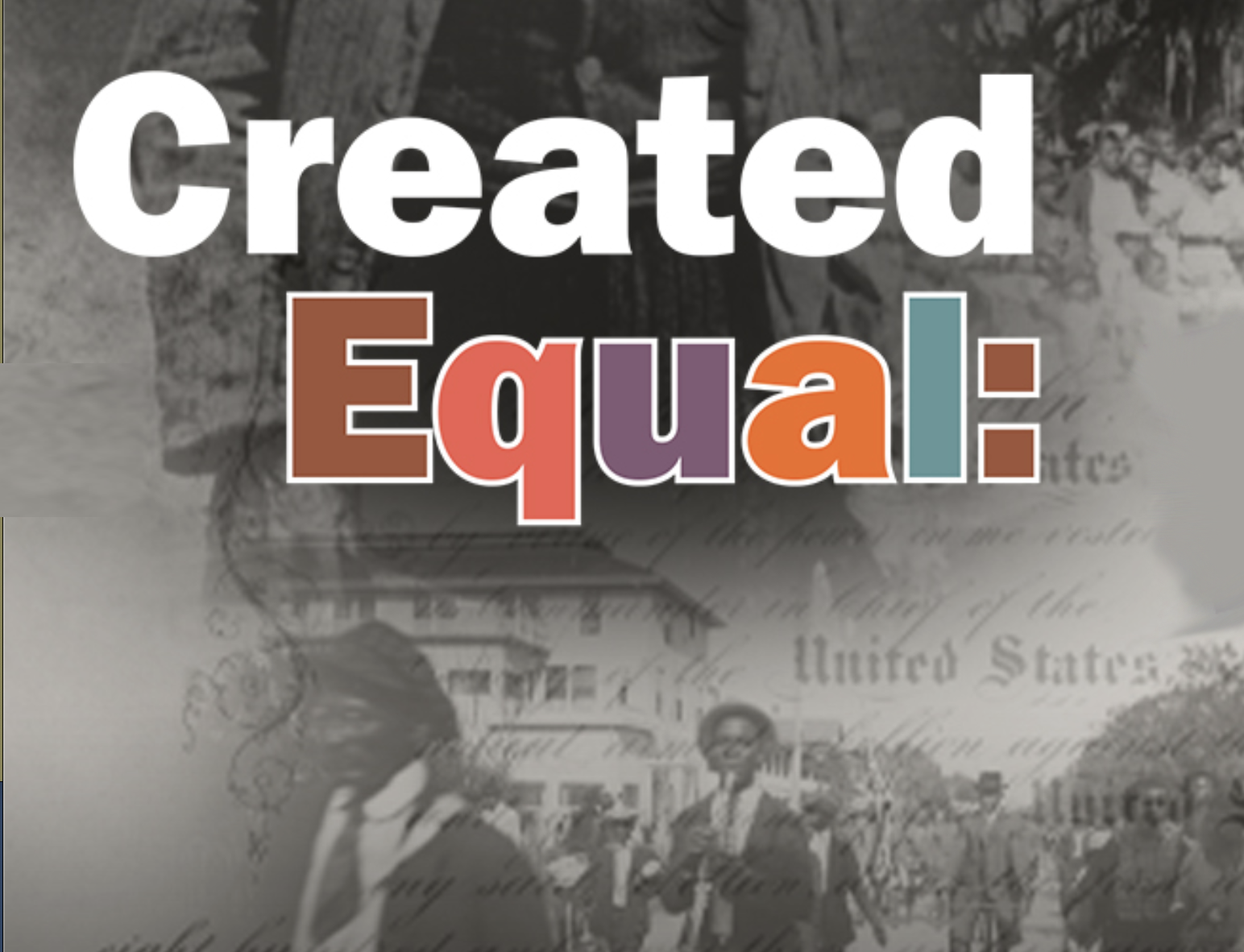 Past event | May 20, 2021 | In partnership with Leon County
stretching towards freedom

Presented in partnership with Leon County Government. This program is the first in a collaborative podcast series in partnership with Florida Humanities.&nbsp;&nbsp; Confused about Juneteenth vs. May 20? Join us for a conversation about the process of Emancipation.&nbsp; From the hearts of the enslaved, to the dreams of freedmen, to the urgent pleas of today’s black American citizens, the journey toward the full franchise of freedom lives on.

You can watch this program online here.

From the hearts of the enslaved, to the dreams of freedmen, to the urgent pleas of today’s black American citizens, the journey toward the full franchise of freedom lives on. We’ll celebrate what’s come before — and consider what’s yet to be done.

This year’s Created Equal event commemorates Emancipation Day in Florida, which is recognized on May 20. More than two years after President Lincoln signed the Emancipation Proclamation, Union General McCook announced Emancipation to the state of Florida from the Knott House in Leon County on May 20, 1865.

The journey toward freedom that began 156 years ago, continues today in our community. On Thursday, May 20th at 6:30 p.m. we’ll celebrate this legacy and consider our generation’s work still to do.

Across the years, across the state — we’ll connect our past, present and future to consider the legacy of Emancipation Day in Florida. To honor the past and look to the future, Created Equal 2021 will highlight both local and state-wide historians as they discuss Florida’s history of enslavement, civil rights and how we continue to stretch towards freedom today.

It is part of the award-winning series in partnership with Leon County, The Club of Honest Citizens. (And learn more about our traditional 5-Foot Challenge, below.)

Register for this program here.

Dr. Larry Rivers is a Distinguished Professor of History at Florida A&M University (FAMU) in Tallahassee. He brings a rich background of knowledge to the panel as a respected author, historian, and scholar. Dr. Rivers has authored or co-authored eight books on various aspects of Southern History in addition to over 60 scholarly articles and book reviews in professional refereed journals. His book Slavery in Florida: Territorial Days to Emancipation captured three national awards, and his book Rebels and Runaways: Slave Resistance in 19th Century Florida received two history awards. Dr. Rivers’ most recent work is Father James Page: An Enslaved Preacher’s Climb to Freedom!

Althemese Barnes founded the John G. Riley Museum in 1996. A year later, she established the Florida African American Heritage Preservation Network, a statewide professional museum association that serves as a resource in preserving Florida’s African American culture. Ms. Barnes has served as its director in the years since. She is a member of the National Board-Institute of Museum and Library Services, the National Association of African American Museums, and the National Trust for Historic Preservation, in addition to other memberships. Ms. Barnes is responsible for over 23 historical publications such as books, documentaries, a short film based on research conducted by graduate-level interns, subject experts, and personal oral history interviews.

Dr. Paul Ortiz is the director of the Samuel Proctor Oral History Program and professor of history at the University of Florida. Dr. Ortiz brings a unique perspective to the panel being an accomplished author and consultant speaking on African American and Black experiences in Florida and beyond.  Dr. Ortiz’s book Emancipation Betrayed: The Hidden History of Black Organizing and White Violence in Florida from Reconstruction to the Bloody Election of 1920 was described by Beyondchron.org “As both an essential teaching of American history and a critical resource for understanding grassroots organizing today.” He also served as a consultant and featured narrator for the PBS series from Henry Louis Gates, Jr. titled: The Black Church: This is Our Story, This is Our Song. 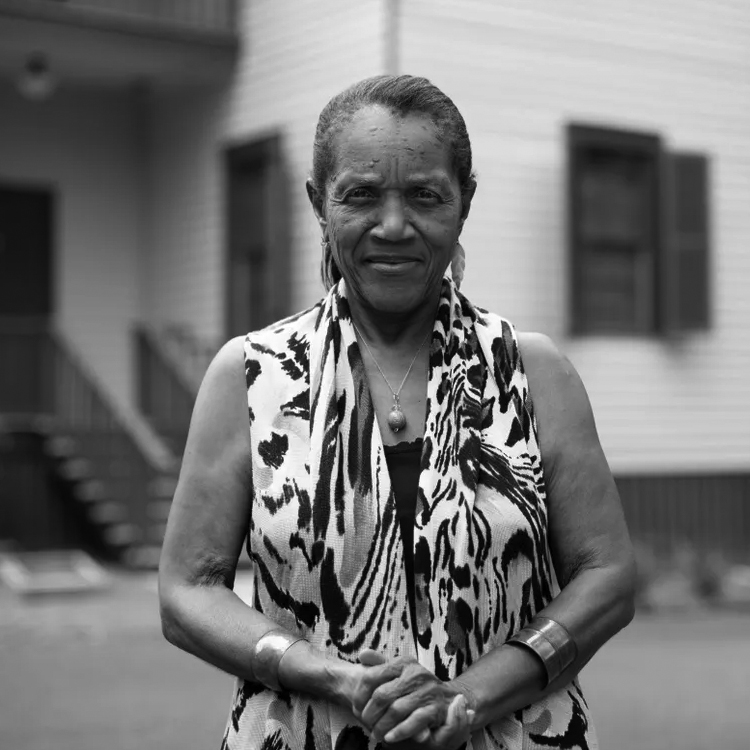 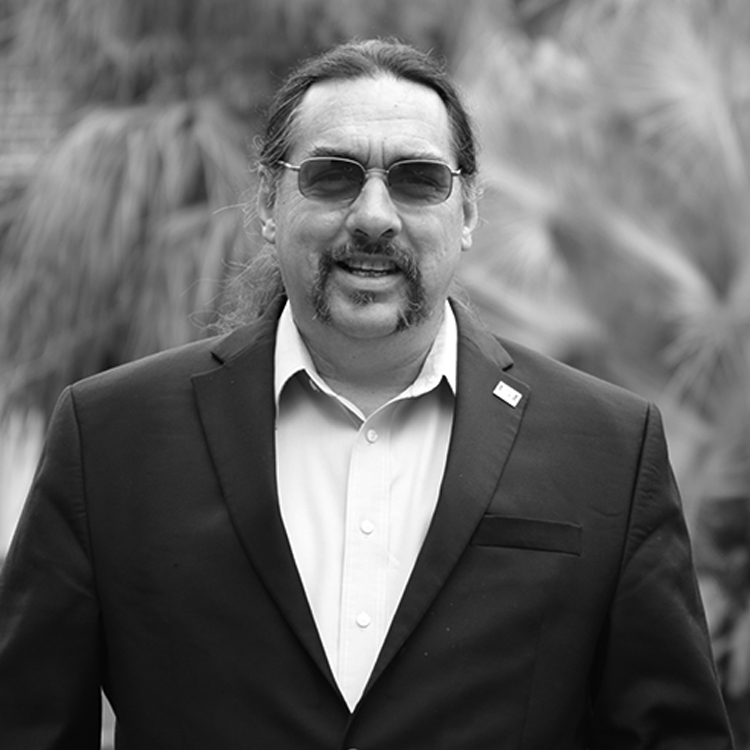 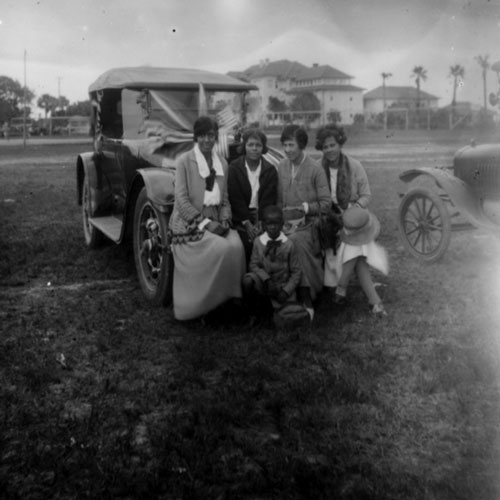 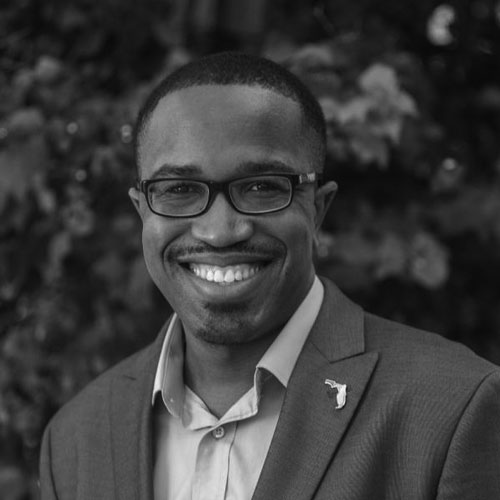 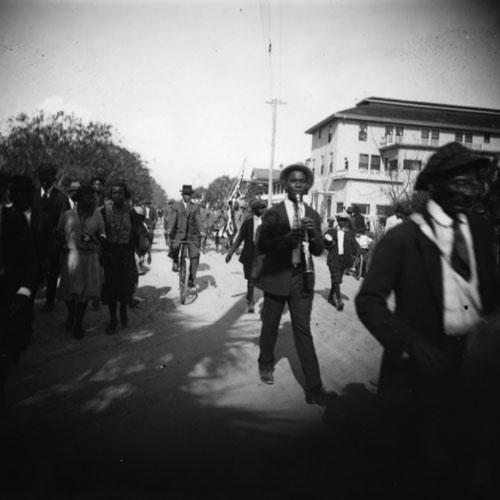 Emancipation Day Parade in St. Augustine circa 1922
Courtesy of the FL Memory
Website

how can you change the 5 feet around you?
Take our 5-Foot Challenge (and apply for a mini-grant)

We’re looking for ideas that help create a dynamic, vibrant civic center, where residents from all backgrounds exchange ideas and engage with neighbors in creating a stronger civic capacity that transforms our hometown. You could be awarded $500 to help fuel your idea.