We’re bringing back together the “feuding” cast of characters who disagreed on the Tallahassee’s Great Coal Plant Debate yet (unfathomably) managed to stay friends through the entire brouhaha. We’ve nicknamed them “The Usual Suspects” – leading local voices on both sides – and they’ll join us to discuss our energy future beyond coal: Public utilities attorney Bryan Armstrong, County Commissioner Bryan Desloge, City Commissioner Allan Katz and businessman Kim Williams. (They’re all good eggs because we actually told them that we were going to Photoshop them into a lineup before they posed for the picture.)

The discussion will also feature an update from the City of Tallahassee to catch us up on local power issues since the days of referendums past.

what we learned
America's Energy Future:
Our Recommendations

In the course of four dinners worth of conversation with people on both sides of the aisle, we think we learned something. People of good faith are likely to disagree on some of our recommendations, but we hope it will offer a bit more light and a bit less heat. 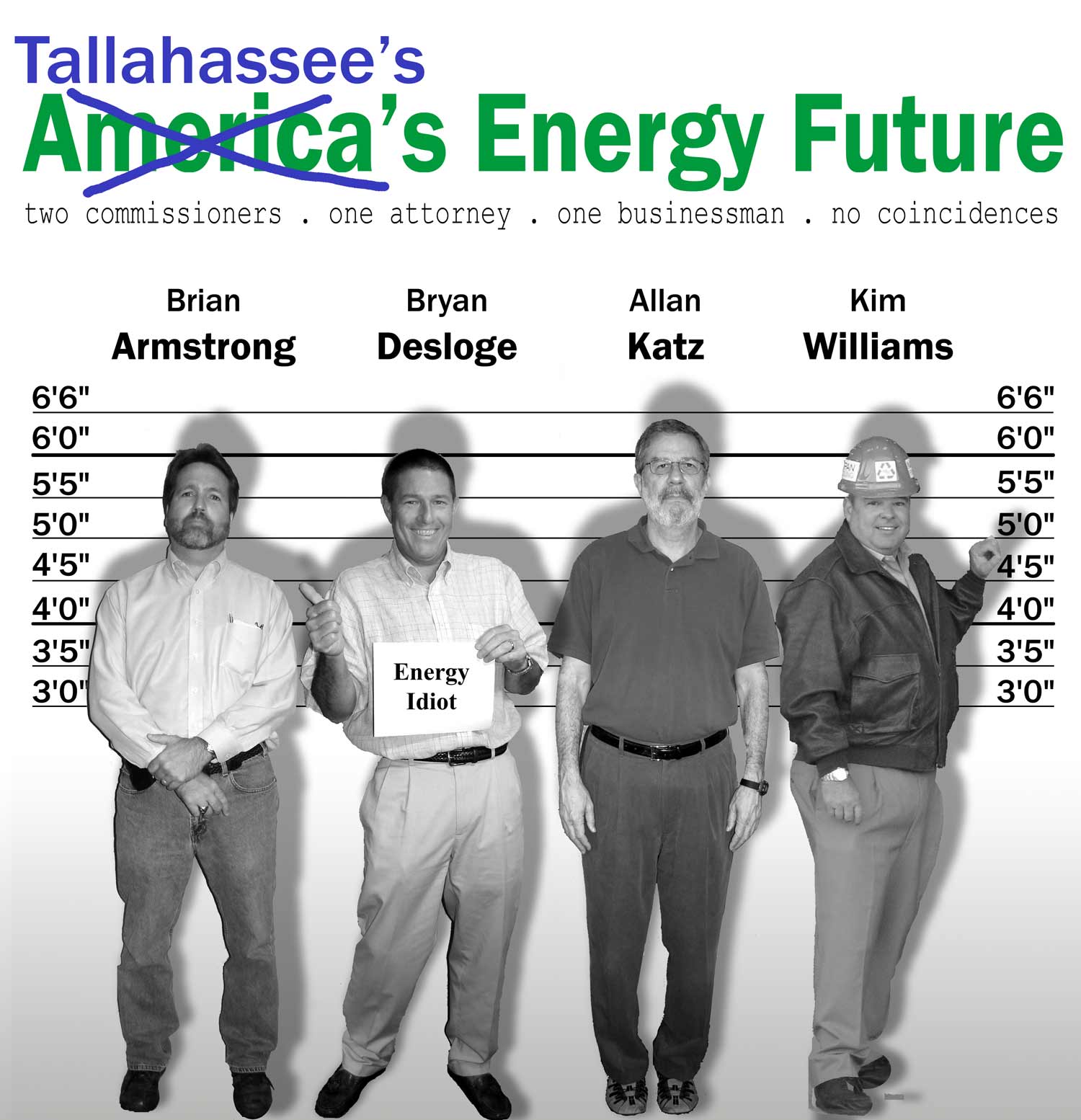 Catering by Bella Bella
Our Menu